Here are a few pictures of the party which took place in Paris. Many thanks to Cecil Watson for having joined us by IRC and Skype. 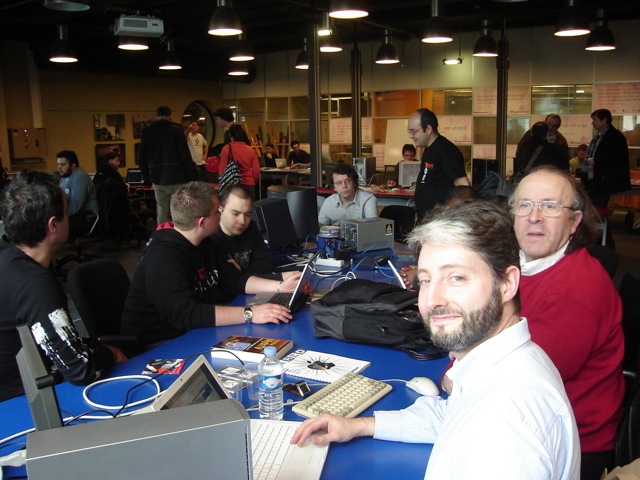 Here is the beginning, in the afternoon. On the table, Wired16.04 issue gives for sure the date of the photo. Many people will browse through Stewart Smith's and Michael Still's book, Practical MythTV: Building a PVR and Media Center PC; nevertheless, in order to make MythTV actually run, it takes slightly more time... In the foreground, on the Asus Pundit, MythTV was installed thanks to Knoppmyth. There are also several Macbooks in the room. 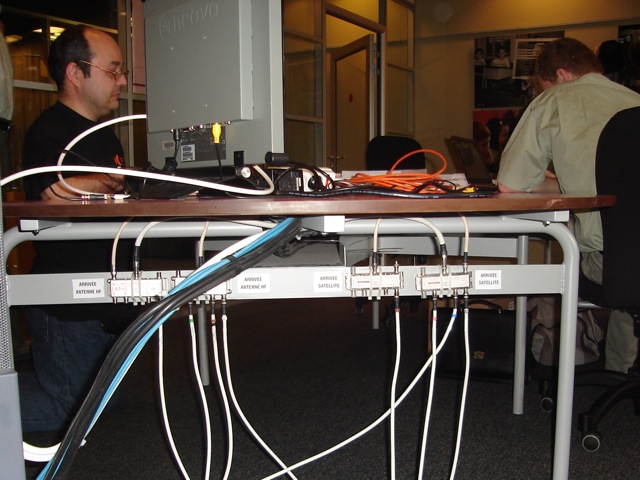 On each table, video monitors with composite and DVI connectors are used to emulate a TV set. Satellite and DVB-Terrestrial signals are available through coaxial cables. Those who brought their PC here have just to plug in. Many thanks to guys from La Villette Conference Centre, who made it possible. 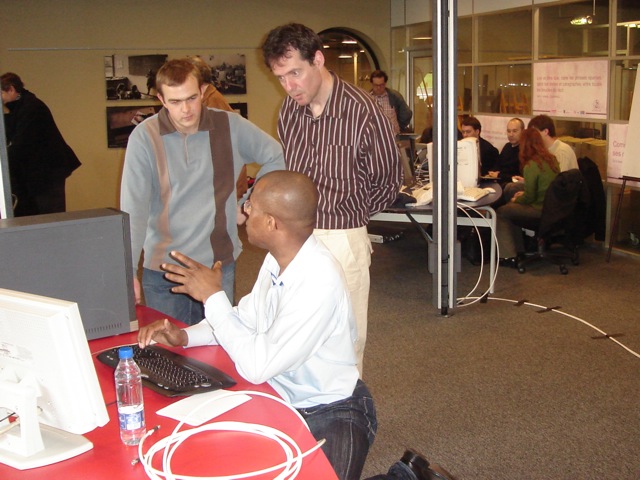 Those who have been using MythTV for many years can now push their knowledge to people coming on the matter. The man kneeing, on the picture, has been compiling his own distros from A to Z for many years; he is also one of the MythTV French translators, and he is quite fluent on the topic. None all attendees are aware they are meeting with an expert in the field. 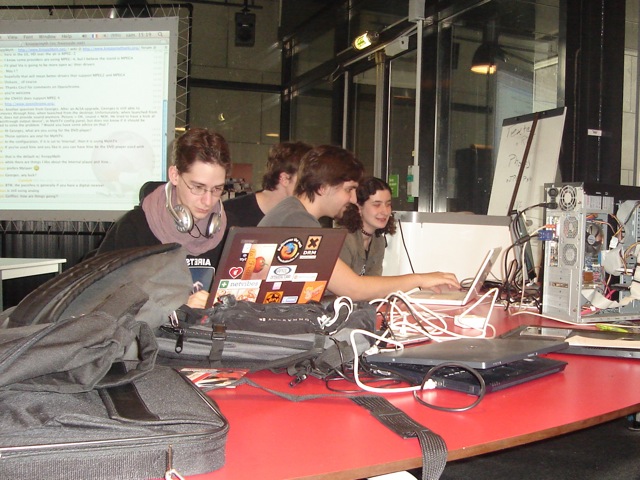 As it happens in any install-party, groups get organized spontaneously. In the background, on the screen, IRC channel #knoppmyth is shared with everyone. Cecil is on-line all the time. 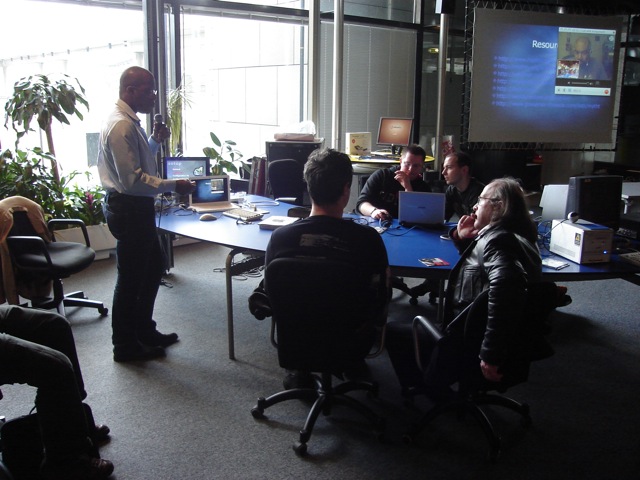 Visio-conference with Cecil Watson (top right on the screen). It's 3:00 PM in Paris, 6:00 AM in California. Cecil also agreed to help us by IRC since 3:00 in the morning. Un grand merci, Cecil ! I drive the conference with Cecil, and translate simultaneously into French. Here, one of us takes the mike, and add some comments to the talks. Skype and the slides are running on a Macbook.

These quick comments do not give back the whole picture of the event, as many other things happened, but I did not see. It just makes obvious that an install-party can easily bring people to MythTV, at least as a few required stuff (TV signal, monitors, guys with some knowledge on the matter...) are gathered together.

May those who joined today the party be our MythTV experts during the next one. Given the complexity of MythTV, this remains an ambitious hope.  :)