This page is up-to-date as of MythTV version 29, the current release is 32.0 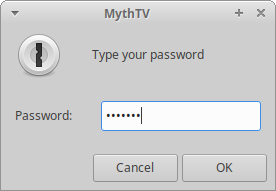