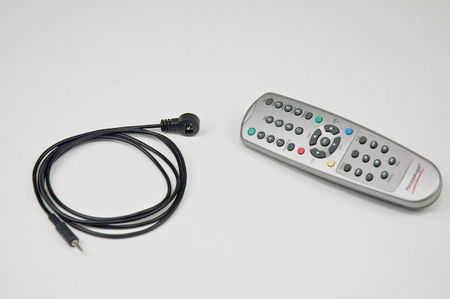 Moving a MythTV (or any media center machine for that matter) to a location other than that of the display can often be the most affordable solution to the stubborn problem of noise. Space constraints or aesthetics may prevent a machine from residing near the display. Power-users often centralize their equipment to a machine room in the basement such as this fellow has.

Additionally, the methods used in this article extend to the use of home-built IR receivers, ready-built do-it-yourself (DIY), retail and commercial offerings. Furthermore, a remote computer running lirc can be used as a powerful IR control system as described by Mike Dean on mythtv-users. Many of the pre-built and retail solutions also include an IR blaster making them a transceiver. LIRC can be configured to use an emitter, blaster or direct wiring to control external components such as set top boxes for cable or sat, your TV and even your A/V receiver. With some scripting finesse, a complete automation system can be designed around Lirc.