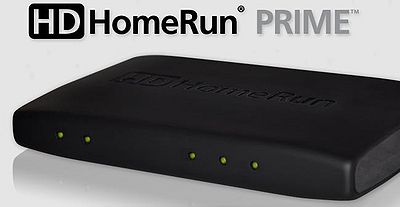 The HDHomeRun Prime, by SiliconDust USA (a wholly owned subsidiary of SiliconDust Engineering, New Zealand), is an external HDTV tuner for personal computers. It has three or six independent tuners, interfaces to the computer via ethernet, and supports a multi-stream CableCARD. Support has been added as of the 0.24 release. The Hauppauge DCR-2650 is a similar, USB-based CableCARD tuner manufactured by SiliconDust.

The Prime is essentially SiliconDust's HDHomeRun tuner with over-the-air ATSC support removed and CableCARD support added. (It thus retains the HDHomeRun's ability to receive clear QAM channels without a CableCARD.) Unlike the Ceton InfiniTV 4 the Prime does not require a PCI slot. Full support of CableCARD requires that every device and software in the recording chain be certified as enforcing the copy protection mandated by the software. For insurmountable technical reasons, MythTV cannot comply with this. Because of this, the HDHomeRun Prime will only allow MythTV access to those shows that are not copy protected. These copy freely shows may be encrypted and inaccessible to a standard QAM tuner, but will be decrypted and made available through the HDHomeRun Prime. These are the same shows that can presently be accessed through firewire capture from a cable box.

While this is a digital tuner, CableCARD does not support the kind of access needed by multirec to record multiple shows from a single tuner. This device can only record three (or, for the rackmount version using two CableCARDs, six) shows at a time.

The Prime has an internal Web server that provides configuration and status information such as signal strength and copy protection. Access it by http://insert.prime.address.here/.

Note: This guide assumes that you have correctly set up and configured MythTV itself, including setting up a working database and all the other setup steps common to a working MythTV setup